Before we get into it, a big shout out to all the people that filled out last week’s survey. For the record, that’s all five of you.

Now on my end, I can see that several multiples of more readers opened last week’s email. So let’s run this back one time: can you please fill out this survey so I can better entertain you and find out about when you want to receive emails from me? Help me, help you.

On to the business at hand. Around this time of year, I always like highlighting small businesses as a counter to everyone passing around their Amazon gift lists.

You can afford to buy everything on your list, so just buy what’s on your list. Stop sending your list to your family members, and then they send you their list. This is just a bizarre exchange of dollars for presents for dollars for presents that you're expecting. To make matters worse, it all goes through one of the world's largest corporations, which is actively attempting to infiltrate every facet of our lives so its founder can afford more trips to space. (Jesus, if you’re reading this, I just wanted to say I’m sorry that this is what your birth has come to mean 2022 years later.)

As I now have a newsletter, this year I decided to create a list of small businesses you should check out: Mustafa's Top 3 Small Businesses of 2021 (AKA Shop Less On Amazon). If you're on this list, I may or may not mail you a printed certificate that you can hang in your business.

All of these businesses are bringing good vibes and good times into the world through their products and services. Some of them may not work for a holiday gift, but whether it’s during the holiday season, or at a different time, I encourage you to try them out.

Without further adieu, let’s get into it.

Third Place: Keion
I first came across young Keion at an open mic event in Brooklyn in 2019. He announced himself as a poet from the neighborhood who sells his poetry books at Washington Square Park.

He then performed his poetry, and it was absolutely electric (video from his performance here). You could tell this kid was a winner off the rip.

He was selling his poetry books at the end of the event, and as he was leaving he decided to dish me one of his unsold poetry books for no reason. A few months later I read one of his books and found his voice to be raw, entertaining, and honest. Through his writing, I felt he was able to tap into the cultural zeitgeist of his generation.

I eventually connected with him and commissioned three poems from him for my former partner’s birthday. I provided different tidbits about her and our relationship. He used that to craft poems that left both my ex and myself in terms.

This year it has been great to see the development of his artistry. He now is also painting and including his poetry in many of his works.

For those of you that want a stocking stuffer for a family member inclined to poetry, you can pick up one of his books here.

Second Place: DeliverZero
In terms of what I hate in life, number one is racism, number two is single-use plastic.

To that end, I try to avoid single-use plastic as much as possible, which, in part, means eating at restaurants instead of ordering delivery. (I should add that I also prefer eating at restaurants as I enjoy food more within the ambiance it was created within; factors including decor, music selection, tableware—all play a role in my experience of the food.) At some point in early 2020, I came across DeliverZero, and I started ordering delivery again.

DeliverZero works with restaurants to deliver food in thick plastic containers. These containers can be returned to any of their participating restaurants or returned when you next order delivery through them. The containers are then washed and can be resued ~1000 times.

DeliverZero is currently only available in NYC. You can try them out through their website, or through select restaurants on Caviar. (Get $10 off your first order using my referral link, and I get $10 off a future order. It’s like you’re buying me lunch, by you buying yourself lunch.)

Full disclosure, about a month ago I was able to convince my brother to invest some of my mom’s hard-earned money into the company. So if you order from DeliverZero, you will be helping my hypothetical future adopted son afford college tuition once QAnon-backed Republicans fully gain control of our national government and decide to pull public funding from all institutions that teach students that slavery did actually happen.

First Place: Harlem Heritage Tours
When my friend Jeremy visited NYC in the summer and wanted to go sightseeing in New York, I suggested we check out Harlem. I had just finished Malcolm X's autobiography, which in large part is set in Harlem from the ‘40s and ‘60s.

The way he described it was just magical; it was a place I wanted to understand on a more intimate level. I was able to find a walking tour of Harlem and booked Jeremy and myself a couple of tickets.

I’ve been fortunate enough to travel around the world and have taken numerous walking tours in different cities (for those who have backpacked, you know those tip-only tours at hostels that I’m talking ‘bout). I can honestly say that this was by far the best walking tour I’ve ever been on.

Neal Shoemaker, the host of the tour and owner of the business, was the most incredible tour guide. He actually grew up in the neighborhood that he’s now giving a tour of.

Most tours take place in the tourist hub of the city. Your tour guide did not grow up there. In fact, they're probably a transplant.

Neal is really from Harlem. As you’re walking through the streets with him, he’s talking you through how the different streets and buildings have changed since he was a kid. He also grounds you in Harlem’s civil rights history, which was an essential part of America’s racial progression. Some of the key stops on the tour: Masjid Malcolm Shabazz, Maya Angelou's home, and the Apollo Theater.

As you move through Harlem with Neal, he’s dapping up plenty of locals and giving you a background on what these individuals do in the community. It’s as much a tour of buildings as it is a tour of people.

Within the first 15 minutes of our tour, Neal was talking about civil rights. He then abruptly stops to talk to an individual passing by. The man knows Neal and they’re talking. Neal then brings him over to the group.

“Well we were just talking about civil rights, and now we have a civil rights leader in our midst. This right here is Korey Wise of the Exonerated Five.”

Now, this is a woke group of individuals—everyone had seen “When They See Us” on Netflix, which brought the Central Park Exonerated Five’s story to a national audience. We were all humbled to be able to briefly meet Korey, with who Neal quickly collected us with to take a picture.

About an hour later, we were walking down the street and Neal was hyping up Harlem, “Teyana Taylor was just out here last week shooting a music video. When you’re in Harlem, you just never know the type of celebrities you’ll run into. You’ll see Dapper Dan hanging out in front of his brownstone all the time.”

I look up the sidewalk towards where we’re heading, and a Harlem celebrity is actually making his way towards us.

“There’s one right there,” I tell Neal.

“Where,” Neal responds looking around.

“Right up the street there.”

Neal turns around, sees who I was referring to, and makes a beeline towards him. Neal comes back to our group and proudly announces, “This here is celebrity chef Marcus Samuelsson. He’s the founder of Red Rooster.”

Marcus is feeling confused as to why he’s being ushered and announced to a random group of strangers. He just sort of nods towards us and says hello.

“Marcus, could you get alongside them and take a picture,” Neal asked.

Marcus looks at us and asks the collective group, “Uhhh, who are you?”

From the pace with which Marcus was walking earlier, I could tell he was on a mission. We had now interrupted his mission with a very low reward side quest that he decided to accept.

It’s also worth mentioning a very generous move on Neal’s part. Towards the end of the tour, a younger kid on the tour wanted to get one of those shaved ice treats from a cart.

Neal stopped the whole group and bought everyone a shaved ice treat. I declined as I was on a keto diet at that time, but Jeremy definitely appreciated the gesture. (For those wondering, during two months of keto, I lost three pounds. In the two weeks post-keto I gained five pounds.)

If you’re looking to learn more about New York City—as a local or someone passing through—please check out Harlem Heritage Tours. You’ll get a lesson in civil rights, learn about Harlem, meet some interesting locals, and be thoroughly entertained by Neal. (Full disclosure: Neal does have other tour guides who work for him, and I can’t vouch for them. I’m sure they’re great if they came up under him.)

I'm a big proponent of gifting experiences, and this experience is sure to be a memorable one for you and your group.

Know someone who lives in NYC? Can you forward this article to them so they create less trash with their delivery orders in the winter months when they become too lazy to walk three blocks to pick up Thai food?

And if you received this email from someone else, make sure to enter your email for the free subscription to receive the next essay.

I edited this essay so I have no one else to blame for grammar errors. 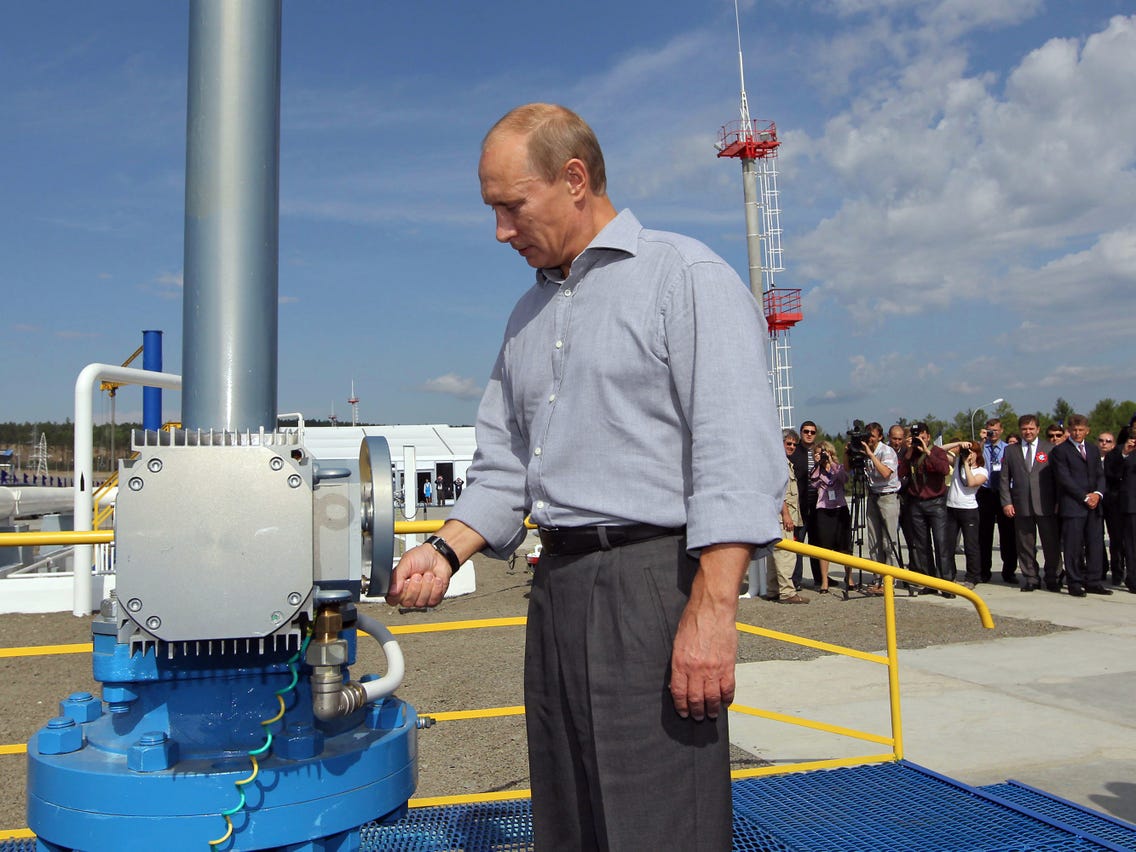