A special edition of "From Jeremy's Desk!" Episode 3 of "712 Hayes" focused on Jeremy's fascination with a wild conspiracy theory. Today, I hand the keyboard over to Jeremy so he can share his perspective on UFOs.

Mustafa and I became friends when my interest in UFOs was at its peak. There wasn't a single concept around the subject that I wasn't open to and, as Mustafa can attest, I wasn't shy about sharing these far-out conspiracy theories either.

In fact, when I joined my current employer six years ago, my "fun fact" icebreaker moment to the whole company was this: during college, I didn't care about school because my true curriculum involved uncovering the UFO mystery. I had effectively branded myself the "UFO guy."

Years ago, my siblings and I were driving down from San Francisco to stay with our parents in Laguna Beach for Christmas. It was well into the evening amid holiday traffic when I, sitting shotgun, spotted a light in the sky. It was heading south and created a huge trailing plume. It was the coolest thing I had ever seen! What could it be?

Looking closer, I could see something sputtering off from the main projectile, doing spirals. "UFO!" I declared on social media, with a video to boot.

I knew this would trigger somebody who might instead hear "alien spacecraft!" But what was rightly an Unidentified Flying Object could eventually be identified — it was a SpaceX Falcon 9 rocket.

There's a cultural bias against the term UFO, relegating those who use it to tin foil hat-wearing conspiracy theorists.

I stopped bringing up my ideas around UFOs years ago. After considering every story I could find on the internet, I didn't feel like I was any closer to solving the mystery. At this point, the search was more of an addiction, and my beliefs lacked hard evidence to back them.

It took an ultimatum from my ex-girlfriend to finally break the spell when she pushed me to unsubscribe from my favorite UFO channels on YouTube. The mere utterance of the term "UFO" elicited a swift and emotional response from her that, despite my conviction, wasn't worth fussing over.

She added "Belief in UFOs" to her list of "red flags" in a relationship, alongside racism, sexism, and Trumpism (we broke up for unrelated reasons years later, in case you were wondering). So, I gave up my habitual search for answers under the premise that if there's something to the UFO phenomenon, we would eventually hear about it. It was time to unplug.

It wasn't until the signing of Trump's COVID-19 Relief Bill that my interest piqued once again. Tucked within the Intelligence Authorization Act for Fiscal Year 2021, among thousands of pages, lived a provision mandating that the Director of National Intelligence work with the Secretary of Defense to compile an unclassified report on UAPs (Unidentified Aerial Phenomena—a rebranding of UFOs) and their national security implications for Congress.

This mandate was in response to the three gun camera footage videos of UAPs recently leaked and subsequently confirmed as authentic by the Navy. This provision carried little weight for me as I saw nothing holding anyone accountable to this June 2021 deadline. In unprecedented fashion, however, many mainstream news outlets began to cover this, largely in response to the 60 Minutes' coverage of the videos and the impending UAP Report.

This was big. Never in my 13+ years of observation had I seen UFO news so widely covered by mainstream media, with the same serious tone.

The UAP Report dropped on June 25th of 2021, raising more questions than answers. The report was largely inconclusive, stating that 143 documented cases of UAP could be airborne clutter, natural atmospheric phenomena, US classified programs, foreign adversaries, or other uncategorized objects.

The only real conclusion is that we need more data: enter the UAP Task Force. Now, Congress is asking the Pentagon for regular reports and updates and a hardened process for collecting and analyzing data across the military. What is conclusive is that UAPs pose at least a "hazard to safety of flight" or worse, breakthrough advancements by our adversaries.

If you still don't believe in UFOs, it may be interesting to know that the US government does. Not until the Freedom of Information Act was used to reveal the existence of Area 51 was the secret military base exalted out of mythology and into reality. And not until the existence of AATIP (Advanced Aerospace Threat Identification Program) was confirmed did we know that the government took UFOs seriously.

The man behind this program, Luis Elizondo, can be given partial credit for the leaking of the Navy's UAP gun camera footage that led to Congressional inquiry. Elizondo claims to have seen far more compelling videos that have yet to be declassified. Time will tell if we'll ever see those.

If you haven't looked into these UAP cases, know that these reports include not just the gun camera footage, but multiple eye witness reports and corroborating radar data.

Also know that there are more to these incidents than what is shown in the footage. In the “GIMBAL” video, for example, it may not be obvious there was "a whole fleet of them" flying formation against the wind. Or that the “tic-tac” shaped object depicted in the "FLIR" video mirrored the movements of our aircraft.

Here we have the most highly trained folks using some of the most advanced known technology to patrol the skies and they're saying there are objects out there that fly circles around us with impunity. We know that tragedies like 9/11 can happen when we don't properly secure our airspace.

UAPs have been breaching controlled airspace "every day for years” according to Former Navy pilot Ryan Graves. Therefore, it is only natural for Congress to inquire further, much to the military's seeming chagrin. But why now?

When you put US military reports of UAP alongside reports from other countries, one cannot deny that something has been happening on a global scale over the last 70 years or more. If we can send someone to the electric chair based on witness testimony, we should be able to hold Congressional Hearings treating witness testimony and corroborating data as evidence in support of a true and profound phenomenon.

The fact that something exists that can travel 60,000 feet in one second, stop on a dime, and zip out the way it came, represents a paradigm shift in our understanding of what's possible, scientifically speaking. And the question of who is behind this leads to some profound hypotheses.

These things don't need to show themselves, so why are they showing themselves? Who or what is behind this and what is it doing?

Perhaps it has been here. Perhaps there's a mundane explanation for all of this. Perhaps not. Perhaps with some UFO stigma out of the way now, we'll start asking better questions and uncover this phenomenon together, one report at a time.

On Episode 3 of "712 Hayes" ... I used to work as a professional namer and was tasked with coming up with names for a new line of beers.

Do you want a new short story every week? Drop your email in below.

Know someone who loves "Men In Black?" Can you do me a favor and forward this email to them? Sharing is caring.

This episode was edited by Mustafa Shaikh. Blame all grammatical errors on him. 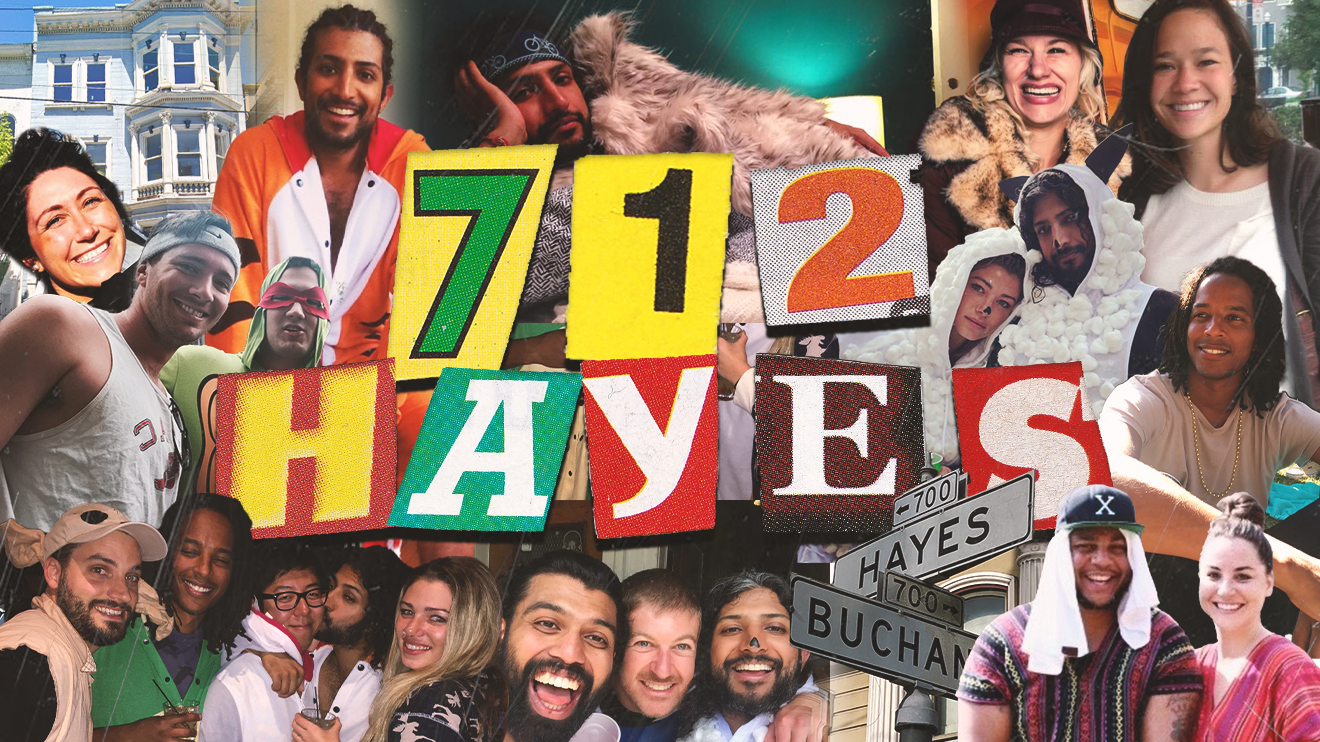 In the final episode of Season 1 of "712 Hayes," I recap my loving torment of my roommate Caitlin. After two years at 712 Hayes, the room adjacent to mine opened up. Rather than having one of Christy’s favored open houses, she already had someone in mind to fill